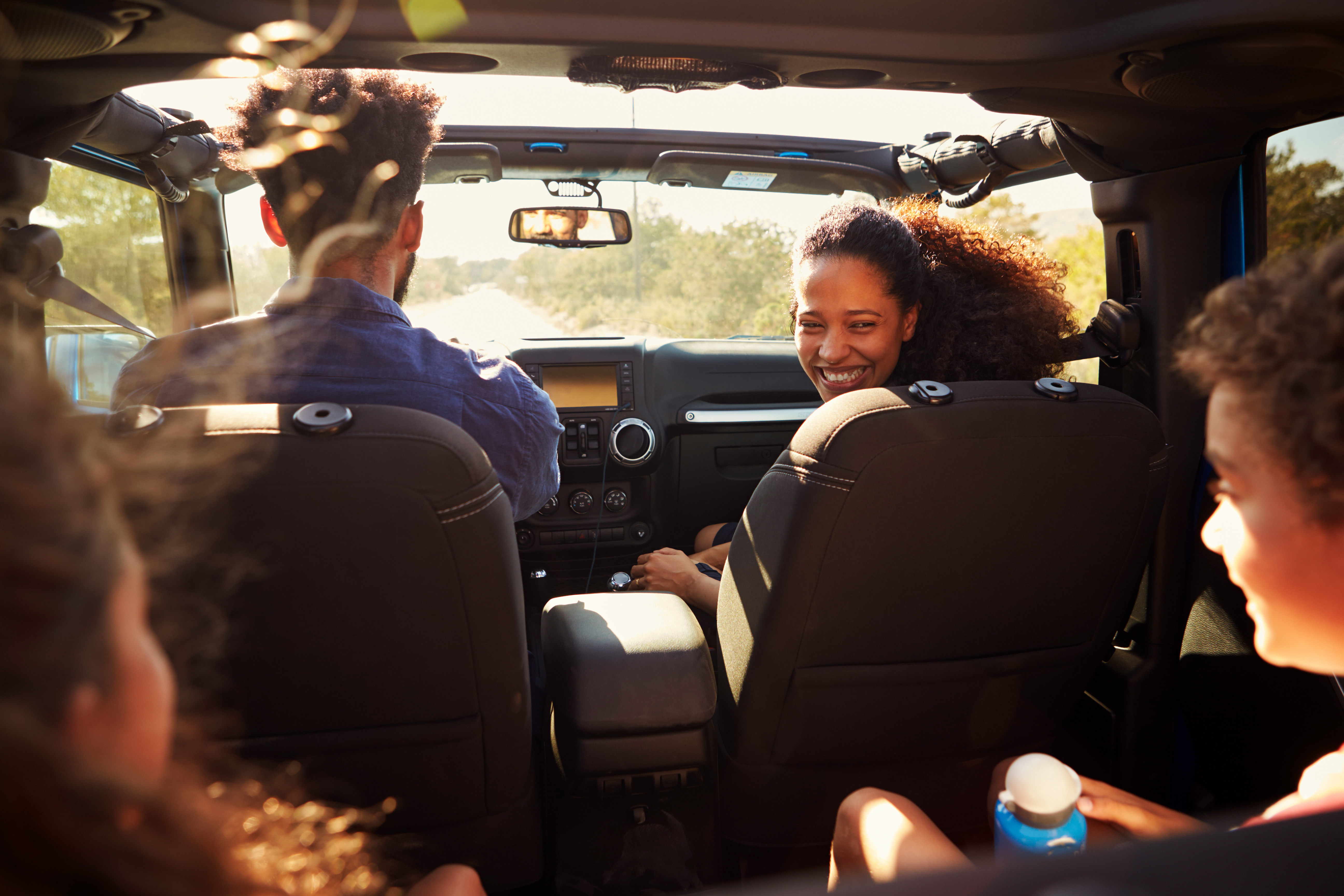 Travel games help pass the time on long car rides — for kids and adults! Kids of all ages can play games in the car that don't require game boards and pieces that can easily get lost. Instead, these car ride games get everyone talking and having a good time in the simplest ways possible.

9 Fun Car Games to Play with the Family

The next time you're out on the road, try these car games for kids that adults can enjoy as well.

1. Going On a Picnic

Take turns describing things you see and having everyone else in the car guess what you're talking about. For example, "I see something in the sky that's puffy, white, and shaped like a cow," which describes a cloud.

Someone in the car controls the music. They find a song to play, play just a few seconds of it, and everyone else has to guess what it is. The first person to guess correctly gets a point. Whoever has the most points at the end wins.

This is one of the best car games to play with older kids. Using the letters and numbers of a license plate, everyone can take turns making a sentence. Example: CYS8GJL might become, "Can you see 8 green jumping lizards?" See who can make the funniest sentences!

Suggest that someone uses a phone or tablet to look up words for others to spell. Then, play a spelling bee! Each person can take turns spelling a word. If they get it right, they earn a point. Whoever has the most points at the end of the game wins. You can play a few rounds per game to allow others to have a turn being the "judge."

Someone names a category, like "types of sports." Each person takes a turn naming something in that category. You have three seconds to say something. If you don't, you're out of the game! Keep going until there's a winner.

Before you leave, make a list of things to look for while you're on the road, like a purple car or a truck with 10 wheels. Give each passenger a copy of the same list and a pencil. See who can find the most number of items on the list by the end of the trip.

This is one of those fun car games that can be a simple way to brighten everyone's day. Have each player wave to people in other cars. The goal is to get the most waves back! Each player can keep track of how many waves they get, and the player with the most at the end of the trip wins.

The above car games for kids aren't just for kids; they're fun for the whole family! Before you leave on your next car ride, jot down a few of these ideas. You'll have some games ready to go to keep little ones busy and entertained along the way.

The Ultimate Self Care Routine for Kids

Digital Detox for Kids: How to Reduce Screen Time for Kids

How to Respond to a Child Who is Lying to You

How Your Children Can Help the Elderly

All the Reasons Chores are Great for Children