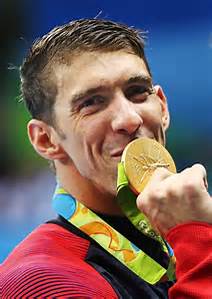 Did you know that when he was young, Michael Phelps was afraid of having water on his face? The old saying, "You have to start somewhere", has always rung true. Sometimes it is easy to forget that every amazing athlete, no matter their current prestige, started as a beginner and understanding how preliminary steps, lessons, and small time races can build to the world record shattering results is its own challenge for wouldbe superstars.  If you are just starting out, when the going gets tough, you might just need some inspiration. Here are 3 videos from USA Swimming and The Olympic Channel that tug the heartstrings and remind us that behind every champion is a story of a kid with a dream.

"A trip back to Baltimore to see a young Michael Phelps reveal his brutal training regime shows why the swimming legend won 23 Olympic gold medals and became the greatest swimmer of all time." - The Olympic Channel

"Check out this behind the scenes bonus action with Missy Franklin, Katie Meili, and Abbey Weitzel of the USA Swimming 2016 Olympic Team in Rio." - USA Swimming

Mike Mann Mondays: A Day in the Life of a Swim School Owner